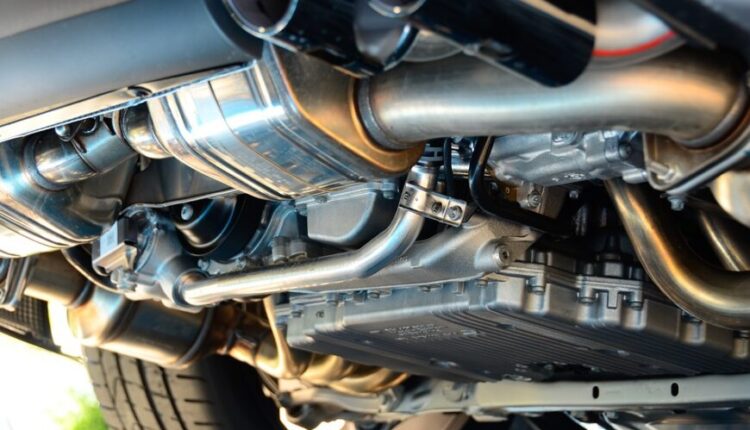 The exhaust system is meant to move out the burnt air and fuel mixture out of the engine. However, there is more to this system than this. It must also clean the emission and reduce the amount of noise produced. It also has an impact on the performance of your car. How does the exhaust system in your vehicle work? What are its key components? Find out in this guide.

What are Vehicle Exhaust Systems?

Exhaust systems are designed to remove gases produced inside the engine’s combustion chamber. It will have many components that work together to remove gases including carbon monoxide and hydrocarbons. If your vehicle’s exhaust system stops working properly, it will result in the loss of power and fuel efficiency. You may also fail to pass an emissions control check.

Components of an Exhaust System

The main components of an exhaust system are as follows:

How Does the System Work?

Exhaust gases are produced in the engine after the fourth cycle gets completed. All the cylinders are connected to the exhaust manifold through respective pipes. There is a single output and the manifold simultaneously collects the exhaust gases from the different chambers. The gases are pushed through a single pipe. A poppet valve controls the opening and closing of the manifold.

What is a Catalytic Converter?

The catalytic converter is an important part of the exhaust system and has a crucial role to play in the process. It works to reduce the emission of harmful carbon monoxide and nitrous oxide, resulting in the release of harmless gases.

The exact system also includes a resonator that works to reduce noise during the driving experience. The noise produced by the engine while driving can be irritating without a system to reduce it. This system works by cutting on noises such as the droning sound. It will create a droning sound in the same frequency but in the opposing wavelength. This helps cancel the frequency and remove the noise.