How a septic tank works? 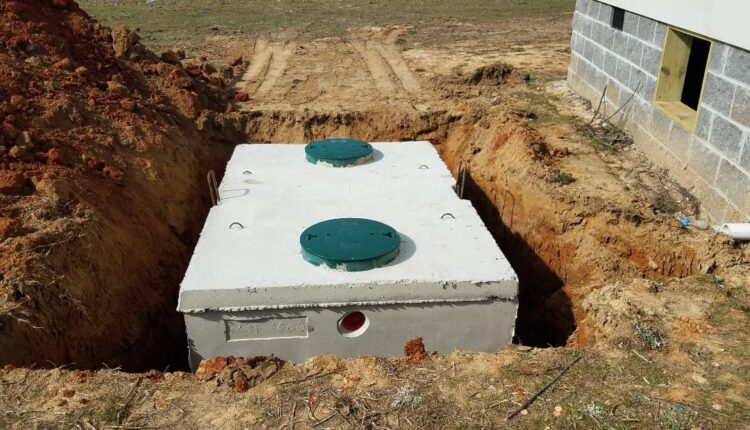 Do you live in an area that does not have connections to the urban sewer system? Then your home must have a septic system. The septic system stores waste and decomposes it naturally, eventually filtering the water and sending it underground. These systems do need maintenance and cleaning once in a while. Knowing how your septic tank works would help you take better care of it.

How does your septic tank deal with waste?

Your septic tank system primarily consists of the tank, pipelines, and a drain field. Here is how it deals with the sewage from your home:

At first, drainage pipes from your kitchen and bathrooms carry out all the wastewaters. The septic tank consists of two compartments. The first one is where inlet pipes deliver all the dirty water, together with solid wastes.

As wastewater accumulates inside the tank, it automatically segregates into three distinct layers. The bulk of the septic tank remains occupied by clarified wastewater, also called effluent. The effluent forms the middle layer. The top layer, known as scum, consists of fats, oil, grease, and other substances that happen to be lighter than water stay afloat. The heavier solid materials settle down at the bottom of the tank and are known as sludge.

Once the layers have segregated, the effluent flows out through pipes in the second compartment. The position of the pipes is such that they drain out only the effluent, leaving the scum and the sludge inside the tank. A distribution box then distributes the effluent into multiple perforated pipes. These pipes release the water into the drain field.

The drain field mostly consists of soil and gravel. As the effluent percolates into the drain field, the soil removes viruses, nutrients, and harmful coliform bacteria through a natural filtration process. The filtered water then seeps into the soil and eventually reaches the groundwater. Fecal contamination of water can potentially result in outbreaks of major diseases. The drain field prevents this by filtering the effluent before letting it mix with groundwater.

What happens if excess sludge builds up inside your septic tank?

The solid substances that the bacteria cannot break down eventually start building up. The same could also occur if your septic tank is too small and sludge accumulates faster than the bacteria can break it down. When this happens, the sludge levels rise to a point where the septic tank would fill up, preventing the effluent from flowing out properly. It can cause a number of issues, such as:

You could avoid these problems by getting your septic tank pumped and emptied in a timely fashion. Generally, septic tanks require emptying once in every two to three years. Check with a professional company near you if you need advice on how frequently you need to clean your septic tank. They could also visit your property and check out the current sludge levels if you suspect that too much sludge is building up.

6 things to know about the elastomeric membrane

The kitchen, an essential place of life

How do you make old hardwood floors look new?

What is CEREC technology?

Whiten Your Teeth Yourself Or At The Dentist?