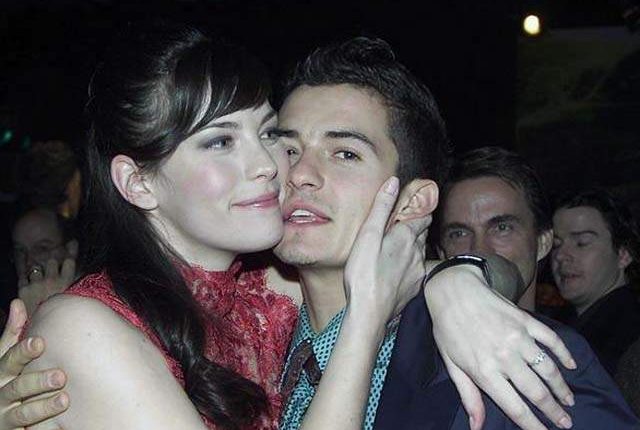 I’ve never been one to judge how another couple sets up the dynamic of their relationship. I am and always have been very open-minded about the various complexities of other people’s lives. I’ve always been fascinated to learn more about it and understand how it works. There are so many variables out there; it would really be a shame to be so closed minded about any of it.

Personally, I am a serial monogamous. I don’t share well, meaning my partner. When I am in a committed relationship, I can’t imagine having someone else’s hands on them. That’s mine. I can’t fathom the thought of someone else being with them. I’ve toyed with the idea of adding another person at times in the past (due to boredom or general un-fulfillment in a relationship), but it never sat well with me, so I never acted on it, mostly because I knew it would most likely be catastrophic to an already unstable relationship. I can see how this can work though, providing the level of trust is adequate and all parties involved are 110% into it and understand the rules involved. There are always rules. There has to be.

My curiosity around different relationships was peaked a few years ago when I had an unusual request from a man on subs-and-doms.com.

I got a very polite email from someone asking if I’d be open to exploring a “unique” relationship that didn’t involve any “intimacy” or physical contact. Intrigued, I asked for more info. I’ve received similar requests before, but this guys approach was much more sincere and welcoming. Most requests of this nature get an immediate no or block, but this guys approach was more palatable which in translation meant it was less vulgar and demeaning than the others I’d received.

Where the curiosity really started.

As a woman dating online, you have to understand that we get a lot of strange requests. We get messages that range from a simple “hey” to downright outrageous to the infamous unsolicited dick pic. I’ve been asked to sell my underwear, I’ve been asked to be a third with married couples – many times, there have been a couple pretty gross (in my opinion) requests relating to excrement and defecation, I had a guy ask to pay me to massage my feet, and everything in between.

It’s a jungle out there people, if you’re lucky enough to have not experienced any of the more “interesting” sides of online dating, I am envious of you.

This unusual, yet not uncommon request helped open my eyes to a whole new world I really didn’t understand. I was aware of its existence, but I never fully comprehended the vastness of it all. There are a plethora of fetish dating seekers out there, not just whips, chains, latex, and heels. The list is, quite literally, endless and limited only by your imagination.

My curiosity around these things is to simply understand them better, not to judge, but to understand. A lot of people choose to judge these lifestyles because they are making the choice to remain ignorant and closed-minded, or they’re just an asshole (or they’re afraid they’ll like it and they are worried about people finding out that they’re actually a freak. Which isn’t necessarily a bad thing, I might add *wink wink*)

This particular request was mild, to say the least, but upon speaking to him about it and in return asking my friends about it, I managed to unknowingly open up the Pandora’s box on sexual fetishes.

He asked me if I’d heard of “financial domination.” I hadn’t, but his brief explanation of it had me intrigued. I told him I wasn’t really into the idea, but that I was genuinely interested in learning more about how it all worked, for example, what exactly HE got out of the relationship.

For those who are unfamiliar, he basically wanted me to take control of his finances.

His Dom would allow him a weekly allowance, but it would only be enough for bare necessities of survival – there was mention of ramen noodles and cardboard boxes. He wanted to feel as though he was struggling through life. His Dom would dictate his schedule, have him “work” for them, and he would essentially pay them to control him and his life. He told me that he would come to my house and cook and clean, all while I made fun of him and put him down, berating him and making him feel small.

This was his thing. This turned him on. This… floated his boat.

Take note here… This is all totally ok and acceptable behaviour and he was respectable in his approach. If it doesn’t do it for you, you just keep walking. There is no need to judge or state your opinion, just agree to disagree and move along. This goes for most fetishes and fantasies of others.

There would be no sexual contact or intimacy on a physical level per se. This would be a relationship that was built on mutual respect for each other’s role, as subs and doms, and trust. The relationship between a Dom and her Sub, I’ve learned, is quite unique and interesting. It does involve a level of intimacy, but not in the “traditional” sense that you’d see in a “normal” partnership.

Looking back on it I think damn, why did I turn that offer down? That could have been a pretty sweet gig, but I know I could never bring myself to break someone down like that, even if it was what they wanted. It’s just not in my nature. I know some women that could happily play that role, but I was not one of them.

This was not my thing. This did not turn me on. This… did NOT float my boat and that is totally ok.

However, it still intrigued me enough to want to understand it more. I wanted to learn more about this relationship setup not to cast judgment, but to learn and understand how the psychology behind it worked.

Humans are intriguing, what can I say. It’s really interesting when you start uncovering the inner workings of one’s mind.

Obviously, it works for some, and upon further exploring and expanding my curiosities I learned there are entire communities created for this type of relationship. Not just financial domination, but all levels and forms of kinks and fetishes.

This particular experience led me down a road of further curiosity and has since encouraged me to be more open-minded and open to the variety of “stuff” out there. I’ve always had an open mind and I have always been accepting of what other people are into, but this experience gave me a new-found respect for it.

Fetish life is a serious aspect of some people’s lives. They take this really seriously. Some people make a living off of this type of lifestyle, some people just engage in it occasionally for fun. Either way, you have to admit that it is quite fascinating.

I know I don’t know much about it still, I do know this though, trust and discretion are imperative in these relationships. Not everyone is as open to discuss their lifestyle as some. A lot of people are actually quite involved in kink and you would have absolutely no idea. My mind was blown when a few people came out to me about their kinky-life

Either way, it is what it is and providing the activities of others does not interfere with anything you are doing, or if it just doesn’t turn your crank, you can make the choice to continue ignoring it and pretending that it doesn’t exist. Otherwise, I’d encourage you to allow your curiosities to take you away. There are a lot of mind blowing things to explore out there. Being Vanilla is totally fine and acceptable, but having an open mind can lead to so many more super fun adventures (FYI, a fetish doesn’t always have to be sex-related, just so you know. Do some research. It’s fun!). What’s the worst that can happen? You find something really awesome that makes you feel great and encourages you to learn more about yourself and/or your partner OR you decide it was a little weird, perhaps a little awkward, and you move on to something else.

How to Find Casual hookups Online like a pro

Variations of casino games that are popular

What Do We Talk About When We Hear About Coliving

The right time to go big in Forex – trading platform